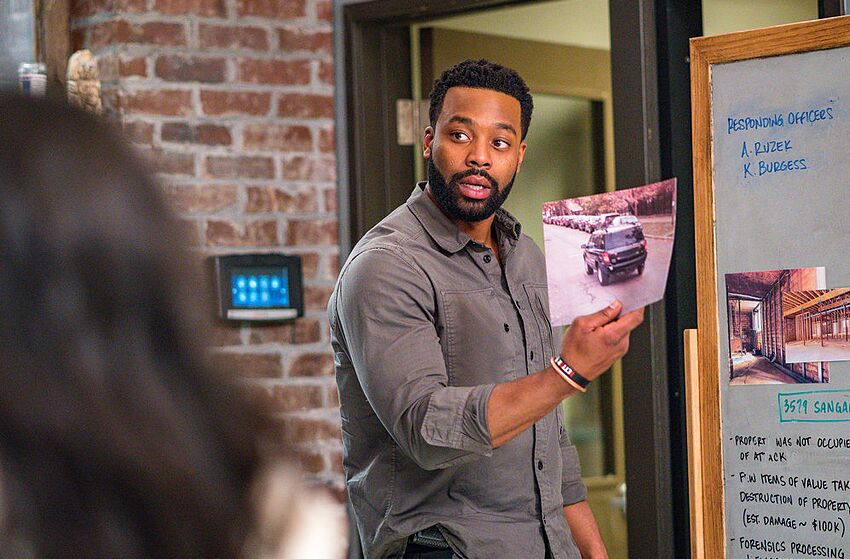 Chicago PD Season 7, Episode 11 will bring Burzek back into focus. However, we’re not overlooking Atwater’s storyline. Here’s the synopsis for the episode.

While the promo for Chicago PD Season 7, Episode 11 is focused on Burzek and the pregnancy, Atwater has a storyline. Here’s a look at the synopsis for “43rd and Normal” to see what to expect during the episode.

We’ll start with Atwater’s storyline. I’ve asked for a long time for him to get more screentime, and not just for the race storylines, and that wish finally seems to be answered. Atwater’s brother, Jason, got mixed up into some dangerous stuff during the previous episode, and now he’s out there in the wind somewhere. Atwater is going to do whatever he can to bring his brother back, but I get the feeling this isn’t going to be that easy.

I’m reminded of Chicago Fire‘s storyline with the Cruz brothers. That led to Joe’s brother wearing a wire to take a gang down and him having to leave Chicago to stay safe. Will we see something similar happen with the Atwaters?

Watch your favorite shows on fuboTV: Watch over 67 live sports and entertainment channels with a 7-day FREE trial!

Of course, there is a big focus on Burzek, who will need to somehow work together with their new normal. It looks like Ruzek is getting a little too overprotective, which causes Burgess to push him away. However, their situation is also putting stress on the team. Most will just assume they’re having some sort of lover’s tiff again. How will they react when they learn Burgess is pregnant with Ruzek’s baby?

And then there’s the situation in Canaryville. For those who don’t remember, this is Ruzek’s hometown. Things are getting extremely personal for him during this episode.

Take a look at the Chicago PD Season 7, Episode 11 synopsis to get ready for the Jan. 15 episode.

Ruzek and Burgess’ secret begins to have severe implications for their police work; a series of deadly acts of vandalism causes tensions to run high in the insular neighborhood of Canaryville; Atwater tries to reach out to his brother.

Next: Chicago PD promo: Is Burgess pushing Ruzek away?

What do you hope to see in Chicago PD Season 7, Episode 11? What do you think will happen with the Atwater storyline? Share your thoughts in the comments below.