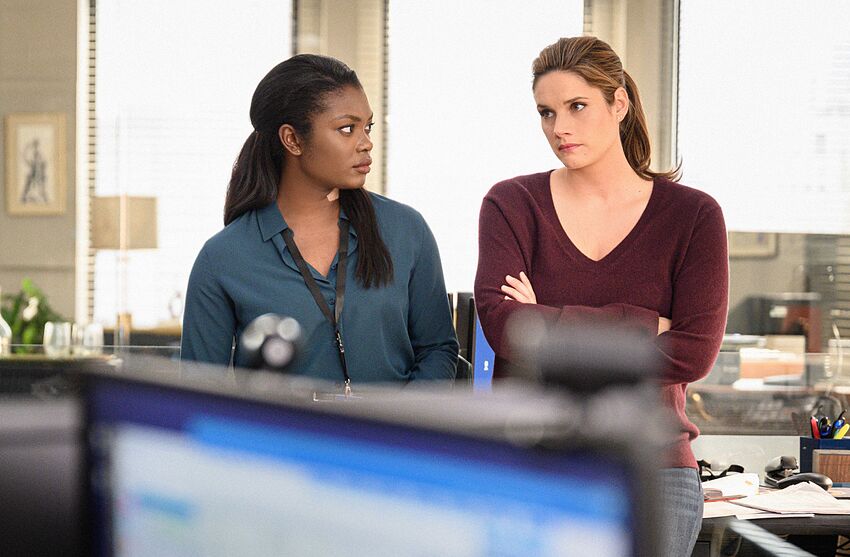 "Hard Decisions" - A bank hold up leads the team to a safe deposit box, the contents of which have the potential to destroy national security. Also, Kristen is eager to get back into field work while other team members still have their concerns, on FBI, Tuesday, Jan. 14 (9:00-10:00 PM, ET/PT) on the CBS Television Network. Pictured (L-R) Ebonée Noel as Kristen Chazal and Missy Peregrym as Special Agent Maggie Bell Photo: Mark Schafer/CBS ©2019 CBS Broadcasting, Inc. All Rights Reserved

Why would the team respond to a bank hold up? It’s all to do with national security. Here’s what to expect in FBI Season 2, Episode 12.

What could possibly lead to the team investigating a bank holdup? Well, it turns out that it will have something to do with national security in FBI Season 2, Episode 12.

Jeremy Davis guest stars in this episode, and if you’re used to seeing him play the brilliant but disturbing mastermind of plots, then you’ll want to check out this episode. Just based on the trailer it’s clear that he’s playing a disturbing, intriguing character.

More from FBI on CBS News

And it appears that he is the one behind the bank holdup. There’s a bomb, and it’s going to be up to the team to disarm it, putting themselves in harm’s way. Disarming the bomb is essential if they want to prevent the destruction of something linked to national security.

Meanwhile, we can expect a storyline surrounding Kristen’s return to the team. After almost losing her life, she’s back in the office but that doesn’t mean back on duty. Of course, that’s not for lack of trying. The events of the attack may have scared her but she doesn’t want to sit on desk duty.

However, others are worried about her heading back into the field too soon. This isn’t just for her safety but for the safety of many others around her. If she tears her stitches or suffers a blow to her injury, she puts everyone else in direct danger.

But I get why she wants to get back into the field. Right now, Emily is working with her partner, and Kristen will be worried about being replaced. I hope that Maggie is the one that’s able to put her mind at rest, as the attack will hopefully lead to the two bonding more.

Check out the promo and synopsis for FBI Season 2, Episode 12:

A bank hold-up leads the team to a safe deposit box, the contents of which have the potential to destroy national security. Also, Kristen is eager to get back into field work while other team members still have their concerns.

Next: An FBI crossover is coming soon: Get the details

Don’t miss out on tonight’s all-new episode of FBI Season 2. You can watch with CBS All Access, but if you don’t have that, there are the following options: