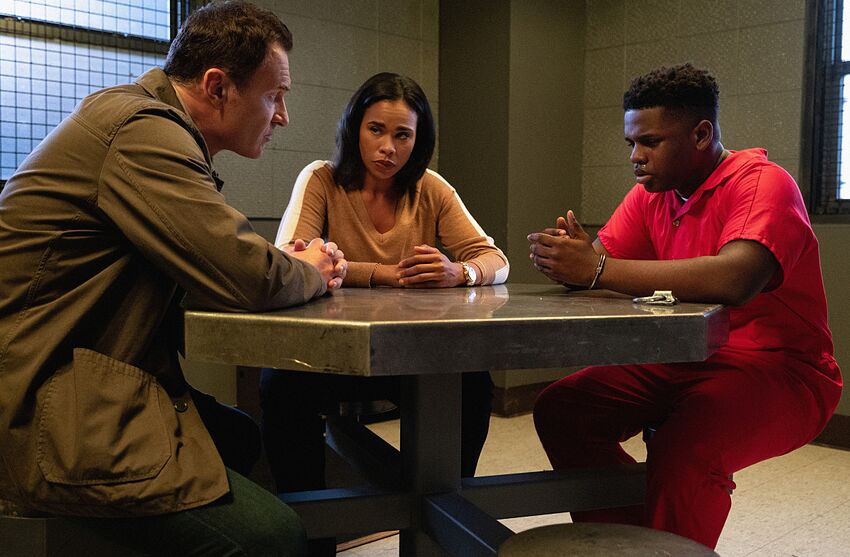 "Defender" - A single mother goes into a deadly rampage at a Public Defender's office, taking justice into her own hands after her son is given a harsh sentence for a petty crime. Also, Jess worries how his daughter Tali is handling life without her mother, on FBI: MOST WANTED, Tuesday, Jan. 14 (10:00-11:00 PM, ET/PT) on the CBS Television Network. Pictured (L-R) Julian McMahon as Jess LeCroix, oxy Sternberg as Sheryll Barnes and Da'Shawn Jackson as Kendall Tyson Jeff Neumann /CBS ©2019 CBS Broadcasting, Inc. All Rights Reserved

When a single mother goes on a deadly rampage, the Fugitive Task Force is called in. Here’s what to expect in FBI: Most Wanted Season 1, Episode 2.

The Fugitive Task Force is called in to deal with a single mother on a deadly rampage. Make sure you don’t miss a beat of FBI: Most Wanted Season 1, Episode 2.

After being properly introduced to each member of the team in the premiere episode (we were initially introduced to many in the backdoor pilot during FBI Season 1), we’re now getting into some deeper storylines. That means some personal stories are going to crop up.

More from FBI: Most Wanted News

We’ve already had a look at LaCroix’s personal life, which is the one we’re delving deeper into during Episode 2. Jesse worries about his daughter, Tali, and how she is dealing with the loss of her mother. It’s not easy for him to lose his wife, but it’s even harder for a young girl to lose her mother, especially the mother that was always there for her.

But while he worries about his daughter, he needs to deal with the case on hand. That case is of a single mother who goes on a deadly rampage at the Public Defender’s office. Her son has committed a petty crime, but is given, what she believes is, a harsh sentence for it. I’m not quite sure that going on the deadly rampage is going to be a good idea for that.

However, I get that LaCroix will understand some of what this single mother is feeling. After all, she’s raised a child alone in a way that he currently is.

Check out the promo and synopsis for FBI: Most Wanted Episode 2:

A single mother goes into a deadly rampage at a Public Defender’s office, taking justice into her own hands after her son is given a harsh sentence for a petty crime. Also, Jess worries how his daughter Tali is handling life without her mother.

There’s no need to miss out on tonight’s all knew episode of the FBI spin-off. You can watch FBI: Most Wanted with CBS All Access. If you don’t have that, here are more options to watch live.